Into the final stretch: Here are more reflections on the Heidelberg Catechism in honor of its 450th anniversary. (For some background and the entire document, check this out).

[Now that we are in Part III of the catechism–the part labeled “Thankfulness”–we encounter an exposition of God’s moral Law, as summarized in the Ten Commandments. The placement of this treatment highlights the Reformed emphasis on the normative use of the Law. Even if you’ve heard them before (which I hope you have), take a moment to re-read the Ten Commandments before reading the catechism’s treatment of them.]

A. God spoke all these words saying:

First Commandment: “I am the LORD your God, who brought you out of the land of Egypt, out of the house of bondage. You shall have no other gods before me.”

Second Commandment: “You shall not make for yourself a graven image, or any likeness of anything that is in heaven above, or that is in the earth beneath, or that is in the water under the earth; you shall not bow down to them or serve them; for I the LORD your God am a jealous God, visiting the iniquity of the fathers upon the children to the third and fourth generation of those who hate me, but showing steadfast love to thousands of those who love me and keep my commandments.”

Third Commandment: “You shall not take the name of the LORD your God in vain; for the LORD will not hold him guiltless who takes his name in vain.”

Fourth Commandment: “Remember the Sabbath day, to keep it holy. Six days you shall labor, and do all your work; but the seventh day is a Sabbath to the LORD your God; in it you shall not do any work, you, or your son, or your daughter, your manservant, or your maidservant, or your cattle, or the sojourner who is within your gates; for in six days the LORD made heaven and earth, the sea, and all that is in them, and rested the seventh day; therefore the LORD blessed the Sabbath day and hallowed it.”

Fifth Commandment: “Honor your father and your mother, that your days may be long in the land which the LORD your God gives you.”

Sixth Commandment: “You shall not kill.”

Seventh Commandment: “You shall not commit adultery.”

Eighth Commandment: “You shall not steal.”

Ninth Commandment: “You shall not bear false witness against your neighbor.”

Q. 93. How are these commandments divided?

A. Into two tables, the first of which teaches us in four commandments how we ought to live in relation to God; the other, in six commandments, what we owe to our neighbor.

Q. 94. What does the LORD require in the first commandment?

A. That I must avoid and flee all idolatry, sorcery, enchantments, invocation of saints or other creatures because of the risk of losing my salvation. Indeed, I ought properly to acknowledge the only true God, trust in him alone, in humility and patience expect all good from him only, and love, fear and honor him with my whole heart. In short, I should rather turn my back on all creatures that do the least thing against his will.

A. It is to imagine or possess something in which to put one’s trust in place of or beside the one true God who has revealed himself in his Word.

Q. 96. What does God require in the second commandment?

A. That we should not represent him or worship him in any other manner than he has commanded in his word.

A. God cannot and should not be pictured in any way. As for creatures, although they may indeed be portrayed, God forbids making or having any likeness of them in order to worship them, or use them to serve him.

Q. 98. But may not pictures be tolerated in churches in places of books for unlearned people?

A. No, for we must not try to be wiser than God who does not want his people to be taught by means of lifeless idols, but through the living preaching of his Word. 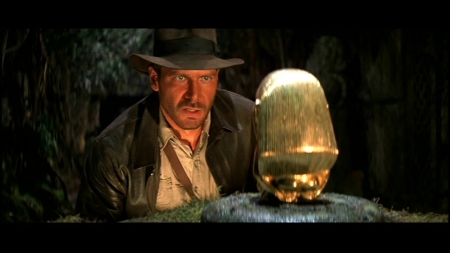 Yep, that’s an idol. But so are lots of other things in your life.

God’s moral Law, summarized in the Ten Commandments, not only exposes our sin and need for a Savior, and provides the means for restraining sin in society, it also provides the norms by which we are to order our lives as disciples of Jesus Christ. As it catechism expounds the Commandments, it does so with all of these aims in sight.

The first commandment instructs us to place our trust, allegiance, and love in nothing other than the Lord God revealed to us in Scripture. The French philosopher Voltaire famously said, “If God did not exist, it would be necessary for us to invent him”. By this he was referring to the fundamental desire of the human heart to place our faith, trust, and allegiance in something. Whether it is material objects, finances, relationships, science, reason, or some general sense of a “higher power”, we all have an object towards which we devote our intellect, time, love, and energy. Everyone worships something.

John Calvin used to say that our hearts are idol factories. We mass produce items of false loyalty, rolling off the assembly line one thing after another in which we place our trust that are not the Triune God. This is the fundamental and besetting sin of the human heart. Martin Luther once remarked that if we were only able to keep the first commandment, we wouldn’t need the other nine, because all sin is a misplaced desire in which we seek something (our own pleasure or impulses) rather than God himself.

In other words, the first commandment is no mere introductory preface. It exposes the root of our rebellion, as creatures who worship fellow aspects of creation rather than the Creator (Romans 1:22-25).

The second commandment builds on that. Though we are not to worship anything other than God–who is a spirit and beyond our visual faculties of comprehension–we are not to fashion images of him. This, too, is a long-standing sin of humanity, from Aaron and his folly onward, and it gets into some contended theological turf, not all of which can I address here.

[By that I am referring to things like the Iconoclastic Controversy, Michelangelo’s famous “Creation of Adam”, and other examples of God being depicted in art.]

When the catechism was written, the debate with the Roman Catholic Church over the use of images in worship was fiercely contested. Question 98, however, does not mean that images of bible stories–David and Goliath, for example–are never to be made, but that images of God are not be produced, even if the motive is to teach people who cannot read. God reveals himself to us through his ordained means, and we are not to seek to augment that through avenues that could lead to the worship of images.

The point is that God is so far above even our highest conceptions of him, that to create an image of him is to create something that can only be distorted because of its radical incompleteness. Even if we think an image of God would be helpful to stir our imagination to new heights, what really ends up happening is that our conception of God becomes stunted, wrongly conformed to something it is not. When we think of God, then, we often end up thinking of a famous image that we saw of God, which really means we are focused on a created thing rather than the Creator–even if the created thing is an attempt to envisage the Creator.

God knows the depths and depravity of our hearts far better than we do ourselves. That’s why his revealed will as found in the Ten Commandments begins with the most basic, yet most important, issue: There are no other gods, so do not worship anything else before him. When you do worship him, do not worship your created image of him, but worship him as he is revealed in his Word.

One thought on “No other gods”

on earth as it is in heaven

The Misadventures of Captain Headknowledge