The historic Belgic Confession is a trove of biblical and theological wisdom, on which I’m offering brief commentary and reflection. This week, thoughts on the eighth article.

GOD IS ONE IN ESSENCE, YET DISTINGUISHED IN THREE PERSONS

According to this truth and this Word of God, we believe in one only God, who is the one single essence, in which are three persons, really, truly, and eternally distinct according to their incommunicable properties; namely, the Father, and the Son, and the Holy Spirit. The Father is the cause, origin, and beginning of all things visible and invisible; the Son is the word, wisdom, and image of the Father; the Holy Spirit is the eternal power and might, proceeding from the Father and the Son. Nevertheless, God is not by this distinction divided into three, since the Holy Scriptures teach us that the Father, and the Son, and the Holy Spirit have each His personality, distinguished by Their properties; but in such wise that these three persons are but one only God. 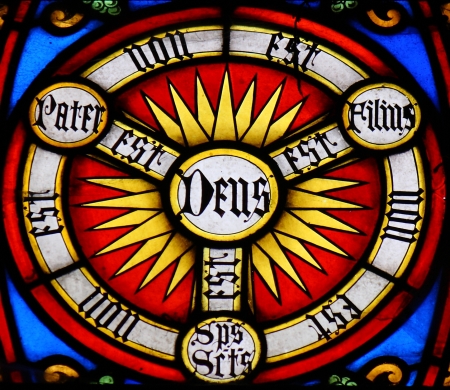 This article jumps right into the heart of the Christian faith. As Herman Bavinck wrote, “the doctrine of the Trinity is of incalculable importance for the Christian religion. The entire Christian belief system, all of special revelation, stands or falls with the confession of God’s Trinity. It is the core of the Christian faith, the root of all its dogmas, the basic content of the new covenant.(Reformed Dogmatics, II, p. 333). And yet it eludes and outpaces our attempts to strictly explain it away.

I had a professor in seminary who said, only half-jokingly, that if we talk about the Trinity for more than a minute we’ll accidentally say something heretical. (Apologies to well-meaning teachers everywhere, but the tripartite egg illustration just doesn’t cut it.) In trying to illuminate a particular angle, we often fall into the opposite error.

Emphasize the unity of God exclusively, and you may obscure the three Persons who are God. Emphasize the distinctness of the three too extremely, and you may lose sight of the LORD who is One. By promoting the primacy of the Father we may end up as subordinationists. Coalesce the Father, Son, and Spirit too intensely and you wind up with modalism. [These and several others are condemned in the next article.]

How can we wade into such deep waters safely?

First, by grounding all of our formulations in Scripture. Here you can find all the Scriptural citations for the above article. They are not few. Though many point out that the word “trinity” is never used in Scripture–and that no where in Scripture is a comprehensive and exhaustive doctrine of the Trinity set forth–the truth is that Scripture as a whole reveals the nature and character of this God who is Three-In-One. It sets forth the things we must say as well as the things we must not say.

Second, we proceed by considering these ‘boundaries’ while acknowledging that it should not be surprising or infuriating if we cannot fully explain the mystery that lies within. As Augustine famously said, “si enim comprehendis, non est deus”, that is, if I can get my pea brain around fully around it, then it is certain not the ineffable and eternal God whose ways, actions, and very being are beyond us.

So we say what we can say and what we must say. The illustration above is one of the oldest used in the Church to illustrate the basic formulations about the Triune God. Here is what is shows in simple visual form:

Much more can be said about this (like how the confession specifically states that the Spirit ‘proceeds from the Father and the Son’, an intentional positioning with reference to the filioque controversy that split the Eastern and Western churches), but the basic boundaries are set.

We believe in One God “in which are three persons, really, truly, and eternally distinct according to their incommunicable properties; namely the Father, and the Son, and the Holy Spirit”. To this God be glory forever and ever, Amen.

One thought on “Thus Distinguished But Not Divided”

Error: Twitter did not respond. Please wait a few minutes and refresh this page.

The Misadventures of Captain Headknowledge

the church of the future is around a table

The Puritan in Prada