Here are my latest reflections on the Heidelberg Catechism and its contents in honor of its 450th anniversary. (For some background and the entire document, check this out).

Q. 75. How are you reminded and assured in the Holy Supper that you participate in the one sacrifice of Christ on the cross and in all his benefits?

A. In this way: Christ has commanded me and all believers to eat of this broken bread, and to drink of this cup in remembrance of him. He has thereby promised that his body was offered and broken on the cross for me, and his blood was shed for me, as surely as I see with my eyes that the bread of the Lord is broken for me, and that the cup is shared with me. Also, he has promised that he himself as certainly feeds and nourishes my soul to everlasting life with his crucified body and shed blood as I receive from the hand of the minister and actually taste the bread and the cup of the Lord which are given to me as sure signs of the body and blood of Christ.

Q. 76. What does it mean to eat the crucified body of Christ and to drink his shed blood?

A. It is not only to embrace with a trusting heard the whole passion and death of Christ, and by it to receive the forgiveness of sins and eternal life. In addition, it is to be so united more and more to his blessed body by the Holy Spirit dwelling both in Christ and in us that, although he is in heaven and we are on earth, we are nevertheless flesh of his flesh and bone of his bone, always living and being governed by one Spirit, as the members of our bodies are governed by one soul.

Q. 77. Where has Christ promised that he will feed and nourish believers with his body and blood just as surely as they eat of this broken bread and drink of this cup?

A. In the institution of the Holy Supper with reads: The Lord Jesus Christ on the night of when he was betrayed took bread, and when he had given thanks, he broke it, and said, “this is my body which is for you. Do this in remembrance of me.” In the same way also the cup, after supper, saying, “this cup is the new covenant in my blood. Do this, as often as you drink it, in remembrance of me.” For as often as you eat this bread and drink this cup, you proclaim the Lord’s death until he comes. This promise is also repeated by the apostle Paul: When we bless “the cup of blessing”, is it not a means of sharing in the blood of Christ? When we break the bread, is it not a means of sharing the body of Christ? Because there is one loaf, we many as we are, are one body; for it is one loaf of which we all partake.

Q. 78. Do the bread and wine become the very body and blood of Christ?

A. No, for as the water in baptism is not changed into the blood of Christ, nor becomes the washing away of sins by itself, but is only a divine sign and confirmation of it, so also in the Lord’s Supper the sacred bread does not become the body of Christ itself, although, in accordance with the nature and usage of sacraments, it is called the body of Christ.

Q. 79. Then why does Christ call the bread his body, and the cup his blood, or the New Covenant in his blood, and why does the apostle Paul call the Supper “a means of sharing” in the body and blood of Christ?

A. Christ does not speak this way except for a strong reason. He wishes to teach us by it that as bread and wine sustain this temporal life so his crucified body and shed blood are the true food and drink of our souls for eternal life. Even more, he wishes to assure us by this visible sign and pledge that we come to share in his true body and blood through the working of the Holy Spirit as surely as we receive with our mouth these holy tokens in remembrance of him, and that all his sufferings and his death are our own as certainly as if we had ourselves suffered and rendered satisfaction in our own persons. 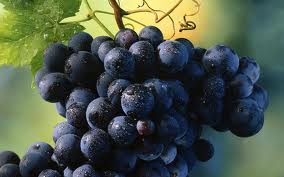 [NOTE: Question 80 did not appear in the first edition of the catechism. It was added in the second edition, during the height of the controversy with the Roman Catholic Church. The section in parentheses was added in the third edition.]

Q. 80. What difference is there between the Lord’s Supper and the papal Mass?

A. The Lord’s Supper testifies to us that we have complete forgiveness of all our sins through the one sacrifice of Jesus Christ which he himself has accomplished on the cross once for all; (and that through the Holy Spirit we are incorporated into Christ, who is now in heaven with his true body at the right hand of the Father and is there to be worshipped). But the Mass teaches that the living and the dead do not have forgiveness of sins through the sufferings of Christ unless Christ is again offered for them daily by the priest (and that Christ is bodily under the form of the bread and wine and is therefore to be worshipped in them). Therefore the Mass is fundamentally a complete denial of the once for all sacrifice and passion of Jesus Christ (and as such an idolatry to be condemned).

A. Those who are displeased with themselves for their sins, and who nevertheless trust that these sins have been forgiven them and that their remaining weakness is covered by the passion and death of Christ, and who also desire more and more to strengthen their faith and improve their life. The impenitent and hypocrites, however, eat and drink judgment to themselves.

Q. 82. Should those who show themselves to be unbelievers and enemies of God by their confession and life be admitted to the Supper?

A. No, for then the covenant of God would be profane and his wrath provoked against the whole congregation. According to the ordinance of Christ and his apostles, therefore, the Christian church is under obligation by the office of the keys to exclude such persons until they amend their lives.

I’m not going to add much commentary to this for two reasons. First, because I’ve put all of the Lord’s Supper Q&A together, it’s quite long already. Second, this block of Q&A is very thorough, clear, and–in my view–self-explanatory. Nevertheless, here are few thoughts. (And a few others here.)

I’ve found that many people falsely assume that the Reformed understanding of the Lord’s Supper is the same as the Zwinglian or Anabaptist position, namely that it is a memorial meal which commemorates Jesus Christ’s sacrificial death and is designed to help us contemplate that historical event. The bread and wine, they say, are strictly physical elements, and Christ is not present in them in any way.

This is not the Reformed position. But let’s start at the point where all the trails diverge.

Just what did Jesus mean when he said, “This is my body”? Well, here’s a good point from an unlikely source…

So, how does the Reformed view differ? For one thing, it affirms the very real presence of Jesus Christ at his Table, “although he is in heaven and we are on earth” (Q.76). Jesus Christ, in his glorified resurrected body, has ascended to the right hand of the Father–yet by his Spirit is present, really and truly, at his Table. The elements do not change, yet by faith and through the working of the Holy Spirit, “we come to share in his true body and blood…as surely as we receive with our mouth these holy tokens”.

In his mercy, God is pleased to use physical, common elements to reveal spiritual, eternal truths to us. Just “as bread and wine sustain this temporal life so his crucified body and shed blood are the true food and drink of our souls for eternal life.” Yet this must not be approached lightly or flippantly. There is a seat at the Table for all who come in repentance and faith, but there severe warnings in Scripture for those who profane the Lord’s Table (1 Corinthians 11:27). [I’m planning to post some thoughts on “fencing the Table” soon.]

One final brief word on Q. 80, which has prompted much embarrassed hand-wringing from ecumenically-minded Reformed people over the years. “It seems rather harsh, doesn’t it?”, they’ll say.

First, as the note shows, the question and answer came in stages over the first three editions of the catechism. A need was felt to elaborate and clarify further in light of the historic debates happening at that time. On a certain level, therefore, it must be read in its historic context and compared to the style and tone of contemporaneous polemical writings. They can be rather vitriolic and confrontational to our ears, but that does not make the substance of their claims wrong.

Because the Reformed (and Lutherans and Anabaptists, for that matter) saw in the Catholic teaching a perversion of the gospel and the Scriptural emphasis on the “once-for-all” nature of Jesus Christ’s sacrifice (e.g. Hebrews 7:27), they felt the need to bluntly expose what they saw as a doctrine that undercut the efficacy and nature of the Cross. There is much more that can be said on this, but the basic point is that the Mass, in the view of the Reformers, was a fundamental denial of the unique and unrepeatable work of Jesus Christ on the Cross, and, as such, must be repudiated.

All of that is to say that the signs and seals of the Lord’s Supper are the means by which God not only directs our hearts and minds back to the suffering and death of Jesus Christ, but also the place at which Jesus Christ actually meets his people, nourishes them eternally, and sends them out to proclaim the gospel until the time that he comes again to feast with his people at the banquet table of the Lamb.

the church of the future is around a table

The Puritan in Prada